We’ve invited talented local artists to play at our venue.

Proceeds from these events will contribute towards our major fund-raising initiative to update and renovate our wonderful building………. and secure the future of our community theatre for generations to come.

From origin to final curtain.
That’s Amorè to My Way
Peter Snipp’s show dedicated to the boys.
The story and songs from those hazy, crazy days.

“Returning after last year’s succesful talk about the vastness of space, local amatuer astronomer and Fellow of the Royal Astronomical Society, Hugh Alford, presents ‘Our Moon: Magnificent Desolation’. In this 50th Anniversary year of the Apollo 11 Moon landing, he talks about his personal reflections of Apollo 11, explaining some myths, along with a wide-ranging lateral view of the Moon itself. We think we know about the Moon but do we? Astronomy, science, history and fun, all supported by his colourful and eclectic PowerPoint/movies presentation.” 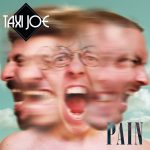 Finally, Taxi Joe are back for their first Bromley show in years! The South London rock trio have been hard at work on their new EP, playing the London circuit as well as having their latest single ‘Pain’ featured on an exclusive IMAX featurette for JJ Abrams’ Zombie film, ‘Overlord’. Taxi Joe have also been composing the soundtrack to the upcoming knife crime documentary about the late actor, Rob Knox to be released in 2020. Expect festive vibes and exclusive, new music!

Strangers On A Train